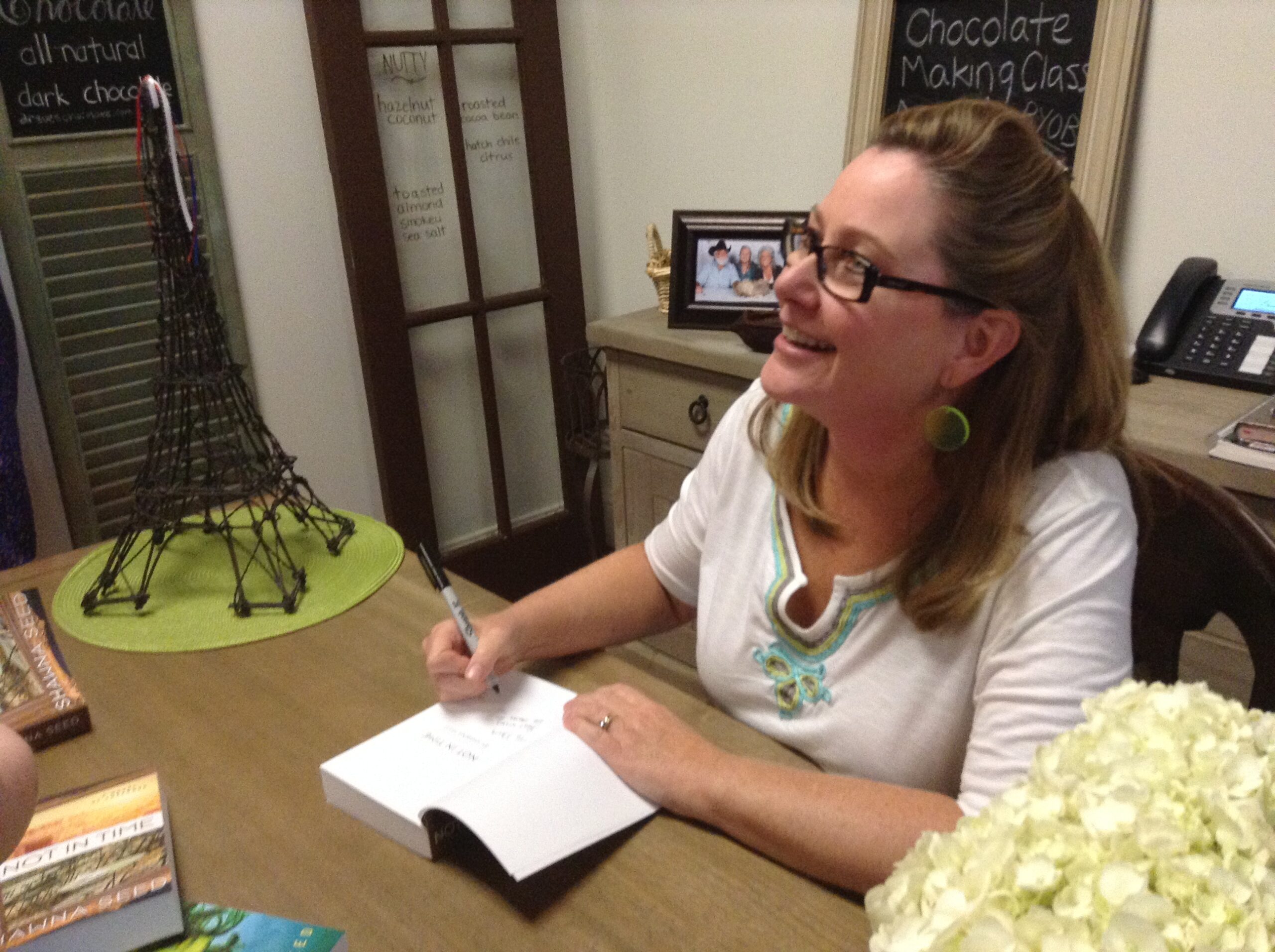 Shawna Seed grew up in Salina, a town of 40,000 in North Central Kansas. She’s the youngest of three children, but –defying all that birth order stuff – is also the bossiest.

Her parents were avid readers, and that became Shawna’s favorite hobby, too. Like most girls of her era, she loved the Little House books by Laura Ingalls Wilder, even the relatively unpopular Farmer Boy and These Happy Golden Years.

She also devoured the children’s biography series available in her school library; her favorite was Sacagawea, American Pathfinder.

She kept a diary, which – mercifully – did not survive. She was first published as a second-grader, when her poem, The Wind, appeared in Highlights.

She was the worst Girl Scout EVER.

Through a friend’s older sister, Shawna discovered the Trixie Belden series, and the fact that the books were several decades out of date did not diminish her enthusiasm for them. One year, she spent her summer-camp craft money on Trixie books. While the other girls were braiding lanyards, Shawna was lying on her bunk, reading.

She graduated from the University of Kansas with a degree in journalism and a passion for Jayhawk basketball, which has not dimmed.

After college, she embarked on a newspaper career that took her to Florida, Colorado, Ohio and Texas. Along the way she got married, serially adopted cats and entertained several impractical ideas for novels.

In 2006, she left the newspaper business and moved to Los Angeles, where her husband took a job with National Public Radio and she decided to try writing one of those wildly impractical ideas.

Subsequent moves took them to the Washington, D.C., area and then back to Texas.

She and her husband now live in Dallas’ Oak Cliff neighborhood with two cats, Lucinda (Lulu) and Clementine (Tiny). After 27 years, she relented on her we’re-too-busy-for-a-dog claim, and Fionnula (Finn) – a yellow lab – joined the crew in 2019.

Her favorite Jayhawks are Danny Manning, Ron Kellogg, Rex Walters and Billy Thomas. In case you were wondering.

Her favorite writers include Elizabeth George, Ruth Rendell and Kate Atkinson. Because don’t we all love a good mystery?

1 thought on “More about Shawna Seed” 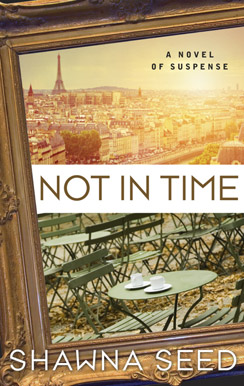